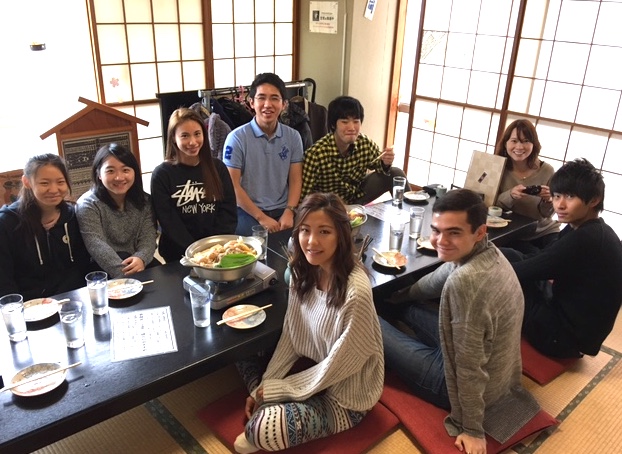 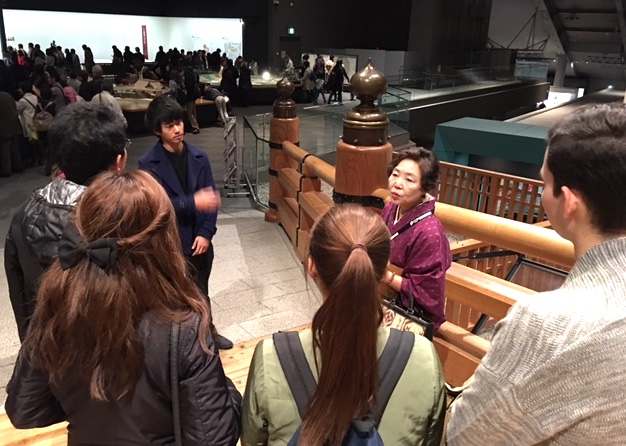 Here are comments by some of our students:

“The Tokyo Edo museum was like a whole new dimension. As soon as I walked in, there was a big bridge called Nihonbashi. That made the atmosphere very cool. Also I saw Edo period style houses and bicycles. The most surprising thing that I thought was the bathroom. They only had public bathroom in that period. But what surprised me the most was the doors of it. There was only a door on the bottom half and the top half was wide open. A bathroom is a private place for us and I would be very uncomfortable if people could see me while I was doing my business. Another thing that was interesting was how they stopped the fire. In the Edo period they stopped the fire by breaking the next houses down so the fire won’t spread. Everything was new to me and it made me imagine what it would be like if I lived in that area. I had a lot of fun on this trip!”

“The visit to the Museum was very exciting for me. I have always been interested in old Japanese history. Japanese has such a long lasting culture that seeing how it has evolved and adapted over the time is truly remarkable. Another question aspect I loved from the visit of the museum is the fact that I could finally put a context to what I have seen in class regarding Edo period.”

“Among this field trip, what surprised me a lot were not visiting the Edo museum but having chankonabe. This was my first time to eat chankonabe and it was really special to me. Chankonabe is like the hot pot in my country but the way that Japanese eat it is kind of different. At the end they will put mochi and rice inside with the soup which tasted very well. I like it so much and I believe in the future I will try it again, and luckily the winter is coming. About the Edo museum, this was also my first time to visit this museum. The museum was not as big as my image but there were a lot of exhibits which were rich of historical stories. I learned a lot and experienced a lot. I wish we can visit more museums next semester.” 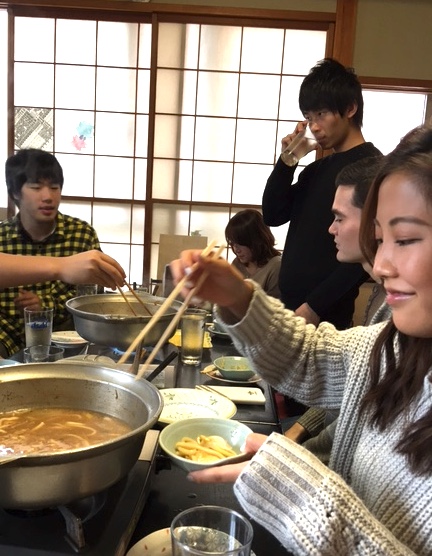 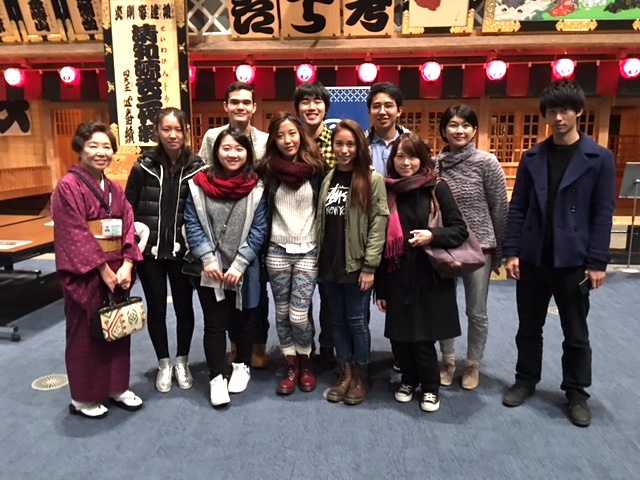